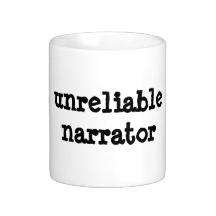 As a trial lawyer by day and an author by night, I don’t find the “unreliable narrator” an abstract concept. Indeed, I have been mulling over the subject for awhile. I have already posted some musings on this website, but I realized that the topic is particularly relevant to those of us who write or read mystery novels.

The “unreliable narrator” is a storyteller that, for one reason or another, we decide is not, well, reliable. In the courtroom, the jury’s challenge is to determine whether the “eyewitness” on the stand is reliable, and the opposing counsel’s challenge is to reveal on cross-examination that the witness is unreliable. Sadly, as The Innocence Project and research in neuroscience have demonstrated, the memory of most eyewitnesses is inherently unreliable.

These findings are old news in the world of literature. Though the term was apparently coined in 1961, the unreliable narrator has been a literary staple since at least the Wife of Bath, the hilariously unreliable narrator of her tale in Geoffrey Chaucer’s 14th century Canterbury Tales. A narrator can be unreliable for one of several reasons: age (Huck Finn), mental impairment (Benjy in William Faulkner’s The Sound and the Fury), naiveté (John Dowell in Ford Maddox Ford’s The Good Soldier), or deceitfulness (Humbert Humbert in Nabokov’s Lolita). Here’s one blog’s list of examples.

But for a mystery novel–especially one narrated in the first person–the concept is convoluted enough to make your head spin. First, 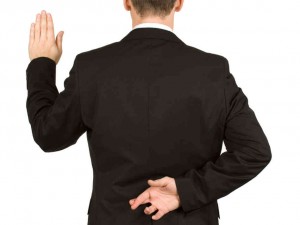 For mystery writers, however, a bigger challenge is to avoid cheating, which I would define as artificially maintaining suspense by failing to disclose to your reader one or two crucial clues that your narrator has discovered along the way. To commit that sin is to render your narrator unreliable by cheating–and the reader is the one who feels cheated.

But for authors who play fair with their readers, the unreliable narrator is a fascinating and fun challenge that adds a new layer of suspense and another dimension to the reading experience.

A good recent example is Gillian Flynn’s blockbuster novel Gone Girl, which features alternating husband and wife narrators–Nick and Amy Dunne–both of whom prove unreliable. Early on in the novel, Amy disappears. Her husband Nick quickly becomes the prime suspect and soon reveals himself to us as unreliable. Much later in the novel–spoiler alert!–we learn that Nick’s deceitfulness pales in comparison to Amy’s.

My hands-down favorite in this field is Scott Turow’s brilliant and captivating first novel, Presumed Innocent. As in Gone Girl, the husband narrator, Rusty Sabich, quickly becomes the primary suspect in a grisly crime. He’s a prosecuting attorney who finds himself indicted for the murder of a beautiful female co-worker with whom he was having a kinky affair. As we follow him through the pretrial preparations and the trial, which ends in a dismissal on other grounds, he never reveals to us whether he is innocent. Indeed, only near the end of the novel–long after the trial–do we find out the truth about the crime. If you haven’t read this greatest of all modern legal thrillers, you are in for a treat.

The Rashomon Effect and the Unreliable Narrator

“If Music Be the Food of Love, Play On”