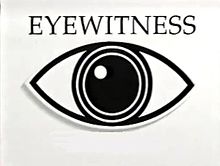 Ladies and gentlemen of the jury, let us now consider the unreliable narrator.

Within the field of literature, the “unreliable narrator” is a storyteller who violates our trust. Most readers start a book quite literally taking the narrator at his word.  The unreliable narrator, however, is a storyteller who provides us with inaccurate or incomplete information. The cause could be the narrator’s age, personal involvement in the story, mental disability, or deceitfulness. Whatever the cause, the reader starts to notice things that suggest that the narrator is either lying or doesn’t understand what is really going on . (Let’s leave for another day consideration of what “real” means in a work of fiction.)

Although the concept sounds post-modern, the unreliable narrator dates back thousands of years. For example, the ancient Roman comedy Miles Gloriosus, based on an even earlier Greek play, opens with our narrator, a pompous soldier named Pyrgopolynices, taking the stage. Though he brags about his heroic deeds, he is eventually exposed as a fraud. Other examples are found in Geoffrey Chaucer 14th century masterpiece, The Canterbury Tales, where the unreliable storytellers include the bitter Merchant, whose cynical view of marriage distorts his tale, and the outrageous Wife of Bath, whose hilarious R-rated tale is filled with misquotes and inaccuracies. And certainly Don Quixote (1605), which I discussed in a prior blog, provides a tour de force on the topic: an unreliable Spanish narrator purports to have reproduced an unnamed Moor’s translation of an unreliable Arab narrator’s tale about the adventures of an elderly gentlemen driven mad by his belief in the reliability of the narrators of heroic fairy tales of knights of yore.

Literature teems with unreliable narrators. All three contenders for the title of Great American Novel have their own versions. The narrator of Moby Dick famously opens: “Call me Ishmael.” Hmm . . . so that isn’t your real name?

Nick Carraway, the narrator of The Great Gatsby opens with advice his father gave him in his “younger and more vulnerable years”: “Whenever you feel like criticizing any one,” his father told him, “‘just remember that all the people in this world haven’t had the advantages that you’ve had.” Although Nick assures the reader that “I’m inclined to reserve all judgments,” he proceeds to judge–and occasionally misjudge–every character we meet along the way.

But no narrator in American literature is more matter-of-fact about the topic than Huck Finn, who warns us in his famous

opening paragraph of the risks of depending upon the storyteller:

“You don’t know about me without you have read a book by the name of The Adventures of Tom Sawyer; but that ain’t no matter. That book was made by Mr. Mark Twain, and he told the truth, mainly. There was things which he stretched, but mainly he told the truth. That is nothing. I never seen anybody but lied one time or another, without it was Aunt Polly, or the widow, or maybe Mary. Aunt Polly — Tom’s Aunt Polly, she is — and Mary, and the Widow Douglas is all told about in that book, which is mostly a true book, with some stretchers, as I said before.”

Perhaps the saddest unreliable narrator I’ve encountered is John Dowell of Ford Maddox Ford’s The Good Soldier. The gullible Dowell is the only person in the novel who doesn’t grasp what is going on, which gives his famous opening line–“This is the saddest story I have ever heard”–an added level of poignancy.

For an impressive set of examples drawn from the worlds of literature, motion pictures, comic books, video games and elsewhere, check out this post on the TV Tropes site

So what does all have to do with lawyers and the law? Unfortunately, everything.

The outcome of most lawsuits hinges upon a jury’s determination of which witnesses are reliable narrators and which are not. Sadly, the history of the criminal justice system is the history of unreliable narrators. According to one report, “more than 75,000 eyewitnesses identify criminal suspects in the U.S. each year, and studies suggest that as many as a third of them are wrong. The Innocence Project, a nonprofit legal organization dedicated to exonerating wrongfully convicted persons, points out that mistaken eyewitnesses helped convict three quarters of the people who have been freed from U.S. prisons on DNA evidence. As the organization explains:

“While eyewitness testimony can be persuasive evidence before a judge or jury, 30 years of strong social science research has proven that eyewitness identification is often unreliable. Research shows that the human mind is not like a tape recorder; we neither record events exactly as we see them, nor recall them like a tape that has been rewound. Instead, witness memory is like any other evidence at a crime scene; it must be preserved carefully and retrieved methodically, or it can be contaminated.”

Indeed, as explained in this science blog post, neuroscience has shown that the very act of remembering changes the memory. In short, we humans are inherently unreliable narrators–a fact already known to the raucous audiences in the 2nd century B.C. who roared in appreciation at the exposure of the braggart soldier/narrator in the final act of Miles Gloriousus.

The Rashomon Effect and the Unreliable Narrator