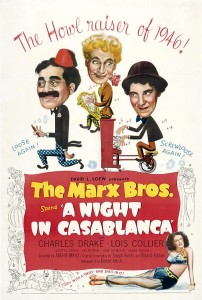 While I am often described as “a lawyer by day and an author at night,” those two occupations have a tendency to blend into one another. All of my novels have featured lawyers and compelling legal issues, and much of my law practice involves the writing of what I hope are compelling works of non-fiction (including my time sheets).

But occasionally, my two occupations become one, which happened recently when I read an article by one of my colleagues, Drey Cooley, on the dangers of “trademark bullying.”

A trademark bully is a big company whose lawyers draft an aggressive and threatening cease-and-desist letter to a little outfit. The goal: terrify the little guy into submission. But just as Goliath met his David, trademark bullies have lately been experiencing what has come to be known as social shaming via the Internet.

Drey’s article reminded me of perhaps the most famous example of social shaming. Incredibly, that social shaming went viral more than a half-century before the Internet. The bully? Warner Bros. Studios. The David? Groucho Marx. The story? Originally I told it on my law firm blog but it certainly contains enough literary merit (via Groucho) to deserve a place right here, too. Enjoy!

God or Huck Finn: Who Should Tell Your Story?